Business Lessons in Sports: What Can We Learn from the Fosbury Flop and the Underhand Free Throw?

Home / Business Lessons in Sports: What Can We Learn from the Fosbury Flop and the Underhand Free Throw?

Business Lessons in Sports: What Can We Learn from the Fosbury Flop and the Underhand Free Throw? 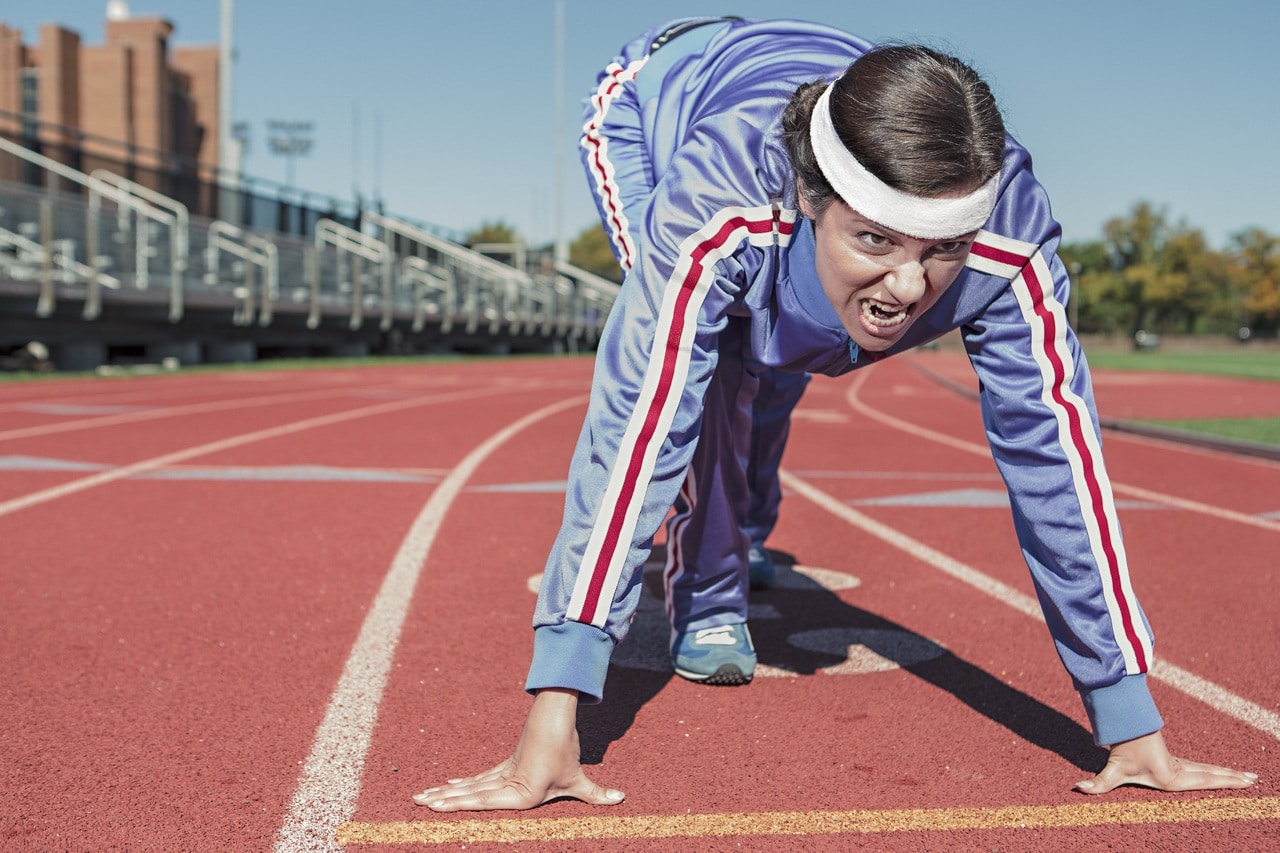 Throughout sports history, there are many great pieces of wisdom. Anyone who’s read Harvey Penick’s golf-based philosophies or Vince Lombardi’s insights on teamwork knows there are plenty of business lessons in sports.

Today, there are two sports where you can learn powerful lessons about the way you think of your business: high jumping and basketball. Are you wondering what on earth you could learn from these two athletic events? Plenty!

Business Lessons in Innovation from The Fosbury Flop (a.k.a. the Brill Bend)

Let’s talk briefly about the art of high jumping. Before the 1968 Olympics, all high jumpers used the scissors or straddle kick to clear the bar. This method involves running at the bar and turning to clear it; taking off on one foot and landing in a standing position on the other side of the bar. This method had been in use since the beginning of record-keeping in 1912.

In 1968, Dick Fosbury became famous for inventing a “new” style of high jumping. He found he couldn’t compete with the scissors method and developed his own technique to beat the competition. What made the difference was Dick Fosbury was willing to seem weird. He wasn’t concerned about looking good—just getting over the bar.

As one journalist described it, Fosbury looked “like a guy who was falling off a truck.” His method featured a midair rotation whereby the jumper arched their back, kicking their legs out, and landing on their back on the other side of the bar. The move allows the jumper to run with more speed, arching their back to keep the center of gravity at or below the bar.

(As a side note here, Canadian athlete Debbie Brill developed a similar technique known as the Brill Bend. She used it to become the first North American woman to clear 6 ft in the high jump.)

All records since the introduction of the Fosbury Flop, including the standing (1993) high jump record at 8’ ½” held by Cuban athlete Javier Sotomayor, used the flop method. Athletes realized it was worth looking a little funny to perfect their technique.

So, what business lesson do we learn from the sport of high jumping? Are you making the same moves over and over, but not making progress? Sometimes we work very hard at improving our scissors kick when we should instead invent the next Fosbury Flop. Are you the innovator in your industry or doing the same old thing?

A few business innovation questions to ask yourself:

When is the last time you tried something new in your markets?

When was the last time you improved your production capabilities?

Have your personnel policies and procedures kept up with the times (legal and generational)?

Do you have performance measures (what is the height of the bar you plan to jump)?

Have you looked at your competitors recently? (Are they all doing the “flop” and you are still using the scissors kick?)

The point here isn’t to do all these items, but rather to develop a business mindset that keeps a focus on:

Figuring out innovative answers is hard to do when you spend your days “in” your business. That’s why you must step back and take the time to work “on” your business. Never underestimate the importance of think time, especially as a company leader.

Don’t get me wrong, answering these questions may require more money or resources than you have right now. Other questions are there to generate ideas to help you run your business more effectively. Optimize your resources (get yourself over the bar) and think creatively about addressing the obstacles (invent your own “flop”). 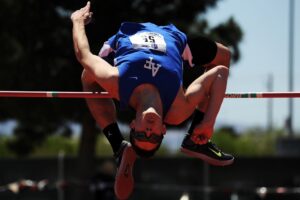 So, once the Fosbury Flop (or Brill Bend) was introduced, that was it, right? Game-changer? Well, yes and no. While the Fosbury Flop is almost universally used now in elite competition, it’s important to realize high jumping is often initially taught using the scissors kick.

It’s tempting to ask why this would be? Why teach kids how to do the sport in a less-efficient manner?

As young athletes learn the high jump, the scissors kick isn’t only safer, but a better way to solidify the fundamentals, proper form, and technique. Scissors is safer because athletes stay upright. It’s less intimidating and helps young high jumpers build up their confidence.

From this business lesson in sports, we realize one of the biggest takeaways: before you innovate, you need to learn the fundamentals!

So often as business owners, we get ahead of ourselves. We chase the next squirrel or follow the next big idea. This is especially true for entrepreneurs used to forging ahead on their own path. Innovation is essential, but make sure you aren’t reinventing the wheel!

There are plenty of best practices and business fundamentals to help you answer many of your most significant queries. Most problems have been faced before. Before you implement new business plans or take a step forward, examine your current state.

If you answer yes to each of these questions, then you might be ready to move up to the Fosbury Flop! But don’t forget you need fundamentals covered FIRST. 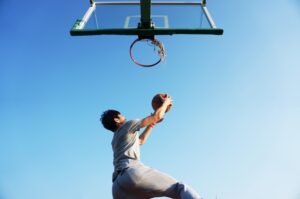 Now, moving from the world of track and field to the world of basketball. We’ve all seen players stand at the free-throw line, shooting baskets. Typically, players assume a free throw stance, eyes on the basket. They shoot the ball overhand, and “swish” in it goes…or not.

How many of us get frustrated as we watch our favorite team miss free throw after free throw? It must be challenging to hit those baskets, right?

In one scientific study, the researcher evaluated the use of both the overhand and underhand shot using participants who hadn’t shot free throws in the past. While this study was limited, and participants who shot well overhand were also successful at underhand, the researchers found one style no more prone to success than the other. The researcher concluded free-throw shooting success “may be more dependent on repetition than style.” However, in real-life applications, anecdotal evidence shows underhand throws are often just as successful, if not even more useful for some players.

Basketball fans know the importance of a player’s skill at free throws. Often, the opposing team will foul a bad free-throw shooter to force a turnover in the game. In fact, coaches bench good players near the end of a game to avoid this possibility. To stay in the game, several players increased their free throw percentages using the underhand methodology.

So, why switch back? If underhand throws are working, why wouldn’t everyone train to use them? They aren’t an illegal play. Why are there very few examples of the underhand free throw in modern basketball?

So, what business lesson do we learn from underhand shooting? (I must say, for starters, if they stopped calling it the “Granny Shot,” it might gain more acceptance. Perception is reality.)

Are you overlooking methods to improve your business, because they seem beneath you? What is your underhand shot in your business that has proven successful? It’s essential to remember that it doesn’t matter if your success is based on the shot itself or the repetition to perfect it. Either way, if it works, it works! So, how will you improve your stats using that shot?

Each person sees the world through filters built over a lifetime, and therefore, perception is reality. I need to forge ahead despite my lack of “guts” sometimes, or my fear of how others might perceive me in their reality. I can’t control their reality nor my place in it, and here I should take my own advice.

Besides being incredibly entertaining and engaging, sports teach us many powerful lessons in the business world, as in life. How will you apply these lessons to your company today?